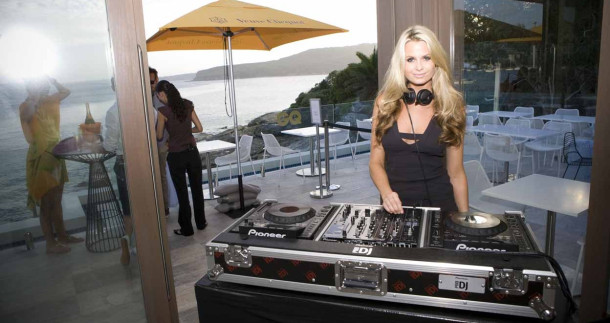 Kate Elsworth (born 1982 in Sydney, Australia) is an Electronic Dance Music DJ, vocalist and songwriter based in London. In 2009 she formed a dance band with her New York based co-producer and business partner, DJ Exacta. She has worked musicians like Dirty South, Thomas Gold, and James Doman. In 2011 her single “Alive”, co-produced by Dirty South & Thomas Gold, received international attention. She has performed around the globe including nightclub gigs at Amnesia Ibiza. Life and career: Elsworth’s career began with singing in jazz bands and writing for international artists, Emma Bunton of the Spice Girls and French Idol winner, Christophe Willem. She later spent time in Ibiza, developing an ear for house music. In 2010 Elsworth began DJ’ing, with headline parties at Ibiza. In 2011 her singles released on Hed Kandi, a collaboration with DJ Exacta, “Empty Spaces and “Bow & Arrow”. Later in 2011 Elsworth collaborated with fellow Aussie producer Dirty South and German producer Thomas Gold for her single “Alive”, reaching no. 2 on the Beatport charts and remained in the top 10 for weeks. After the success of her single, “Alive”, Elsworth reunited with Dirty South and Thomas Gold. “Eyes Wide Open” has been released on Phazing Records on January 23, 2012.